Sarah Al Amiri is an Iranian-born émigré to the United Arab Emirates. The 33-year-old is also the scientist in charge of the Arab world’s first interplanetary mission: the UAE’s mission to Mars.

“I’m feeling more nervous than anything else,” Al Amiri told the BBC a few days before the launch. “It’s been almost six and a half years of work that has gone into this mission. We’ve tested and tested and tested this spacecraft to ensure that it can survive every single scenario, and now all of that rests on a launch pad on top of a rocket that’s destined [for] a planet that’s millions of kilometers away from us.”

Of Baloch descent, Sarah Bint Yousif Al Amiri was born in Iran in 1987 before emigrating to the Emirates.  She holds a bachelors and master’s degree in computer engineering from the American University of Sharjah.

Al Amiri started her career in the field of space technology at the Emirates Institute for Advanced Science and Technology, where she worked as a program engineer on the UAE’s first satellites, Dubai Sat-1 and Dubai Sat-2. That’s when her childhood dream became reality:  at the age of 12, having seen an image of the Andromeda Galaxy, she had decided to learn as much as she could about space.

She was appointed head of the Emirates Science Council in 2016 and, a year later, was contacted by the government to lead the new ministerial role for developing advanced sciences.

“When you talk about the UAE’s economy in the next 30 years,” she told the Emirates News Agency earlier this month, “one of its foundations is science and technology, because you want to have an economy based on knowledge. That’s how the most sustainable economies work around the world.”

The $200-million spacecraft — named Hope, or “al-Amal” in Arabic — lifted off aboard a Japanese rocket from Japan’s Tanegashima Space Center on July 20, and is expected to reach Mars’s orbit (a distance of 493 million kilometers) in seven months, in time to mark the 50th anniversary of the UAE’s unification.

This is a major victory for the UAE, particularly for women — who represent 34 percent of the mission team and 80 percent of the science team. (In the UAE as a whole, women account for 56 percent of science, technology, engineering and mathematics graduates.)

When, in 2014, the UAE announced that it would send a mission to Mars, the nation had no space agency and no planetary scientists and had only recently launched its first satellite.  Al-Amiri told Nature magazine on July 8 that the comment she frequently heard at the time about her rapidly assembled team of engineers with an average age of 27 was: “You guys are a bunch of kids. How are you going to reach Mars?”

Referring to the initial skepticism surrounding the success of the mission by the EMM’s international review board, Al Amiri noted: “We’re a new country that is late to the competition in the global perspective.  It’s natural for people to think this was crazy. For us, it’s not a luxury. It’s not a gimmick. It’s an absolute necessity to develop skills and capabilities and develop a nation as a whole.”

Brett Landin, the University of Colorado Boulder engineer leading the mission’s spacecraft team, noted in the same article: “Progressing from earth-orbiting satellites to a deep-space mission in six years is incredible. I’ve never seen anything like this before.”

“Training enthusiastic young Emiratis,” he added, “and working in a bold, risk-taking environment characteristic of NASA’s early years had the added benefit of making the mission the most exciting thing I’ve done in my career.”

According to Landin women make up a much bigger share of the Emirati team than is the case with their US counterpart.

During its two-year mission (one Martian year is 687 days long), the Hope orbiter will produce the first global map of the Martian atmosphere, and track daily weather variations and changing seasons in an effort to prepare for future human missions and reveal how atmospheric conditions cause hydrogen and oxygen to escape into space.  This could help scientists understand Mars’s climate and how it lost its once-thick atmosphere. It might explain how it became the barren, dusty place it is today, and help solve a major mystery, as the Red Planet was once covered in rivers and oceans.

The data will be made available to the international community. Richard Zurek, the chief scientist for the Mars Program Office at NASA’s Jet Propulsion Laboratory told Nature on July 7: “The Emiratis were very keen to make this not just a technology demonstrator, but make it contribute to the scientific understanding of Mars.”

For Al Amiri, science “is the most international form of collaboration. It is limitless, it is borderless, and it is run by the passions of individuals for the benefit of human understanding.”

The Hope probe took six years to build with help from US scientists. The UAE hired seasoned engineers from previous NASA missions, mainly at the University of Colorado Boulder with the explicit goal of transferring know-how to the team at the Mohammed Bin Rashid Space Center (MBRSC).  Construction took place mostly in the United States, but with the involvement of 75 dedicated Emirati scientists and engineers from the MBRSC .

The UAE is one of three nations, along with the United States and China, that are sending robotic emissaries on an exploratory mission to the red planet. The U.S. is sending NASA’s fifth rover, “Perseverance,” in the coming weeks,  in the hopes of finding evidence of past life on Mars and extracting and storing samples of Martian rocks that will be picked up and carried back to Earth in a future mission possibly by 2031.

China’s first mission to Mars carrying an orbiter, a lander and a rover launched from an island in southern China on July 23. Named Tianwen-1, or ‘quest for heavenly truth’, the mission is China’s deepest probe into space aimed at conducting a comprehensive survey of the planet’s atmosphere, internal structures and surface environment, including searching for the presence of water and signs of life. 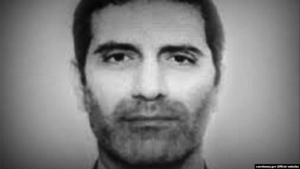 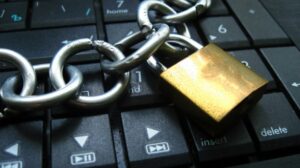 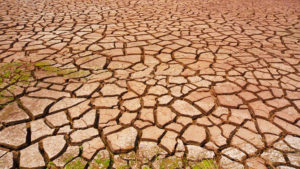