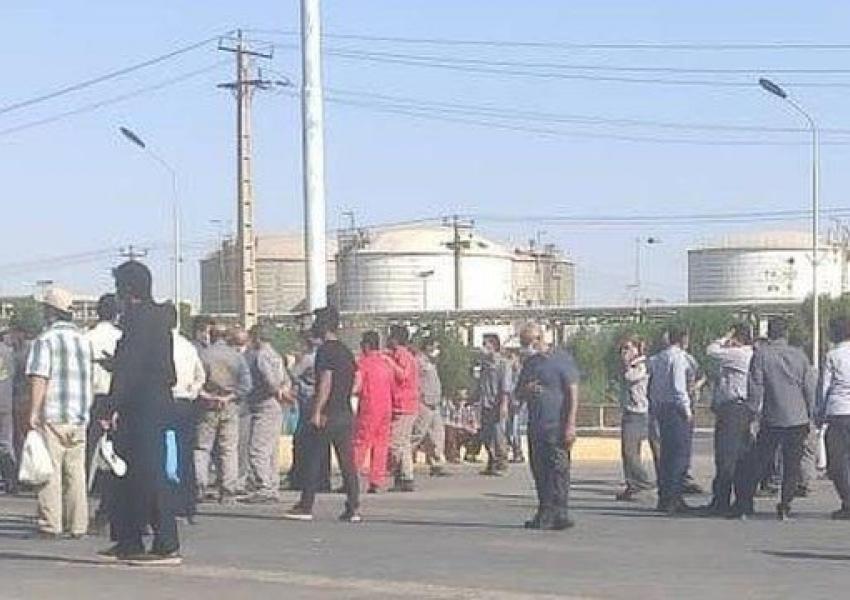 
With the celebration of American employees on Labor Day in early September, U.S. workers enjoy what their counterparts in the highly repressive Islamic Republic of Iran cannot: the right to form and join a democratic and independent trade union.

Iranians are fighting back. In recent weeks, dozens of worker groups have gone on strike, especially across the crucial energy sector in the south, dealing a blow to an already overstretched regime. Tehran fears economic strikes, in particular, as they have been a powerful political weapon in recent history. Economic and energy strikes played an important role in spurring the fall of the shah and the rise of the Islamic Republic in 1979.

Iran’s labor relations mirror the plight of workers in the former communist states dominated by the Soviet Union, where they toiled under horrible working conditions and political repression. Moscow promised that the Soviet Union would serve the working class, yet it did anything but. In response to sham unions controlled by the Soviet communist ruling class, independent unions emerged in the late 1980s. Similarly, in defiance of Iranian law, Iranian workers have organized ad hoc labor unions to demand their rights.

The current round of energy strikes in Iran started on July 28, when Ebrahim Arabzadeh, a contract worker at Mahshahr petrochemical complex, died from heat exhaustion at work. Soon, workers had walked out of energy plants across Fars province, Khuzestan, Qeshm Island and even Isfahan further to the north. Many oil, natural gas and petrochemical facilities have shut or slowed down in recent weeks as a result of Iranian workers walking off the job due to unsafe working conditions and low or unpaid wages.

he strikes have gradually spread throughout the entire country. The striking workers do not appear to have explicit political goals, such as the overthrow of the regime. Many may hate the regime and want it gone, much like the wider Iranian society, but they are focused on receiving fair and just treatment by their employers.

Nevertheless, the energy strikers may coalesce with other working sectors and eventually form more concrete political demands. They may even call for the regime to fall, as many Iranians did during the uprising of late 2017 and early 2018. During the November 2019 demonstrations, many protestors killed, injured and imprisoned by the regime were from working class areas around Tehran, such as Karaj, which experienced some of the worst regime violence.

The last expression of labor union support for Iranian workers came in 2019, when the International Trade Union Confederation and the American Federation of Labor and Congress of Industrial Organizations (AFL-CIO) urged Tehran to release detained workers’ rights activists. In 2018, the Teamsters Union expressed support for truck drivers on strike in more than 290 Iranian cities. But Western labor unions have been largely silent regarding the latest strikes in Iran.

The unions should form an emergency international labor union task force to assist striking Iranian workers by providing funds and advocating on their behalf in Western countries. Such an effort has a notable precedent. In the 1980s, the AFL-CIO delivered more than $6 million in money and communications equipment to Solidarity, the Polish workers’ campaign. According to the AFL-CIO, “This aid was considered instrumental in Solidarity’s successful effort to end 50 years of Communist Party rule in Poland.”

The U.S. government or its allies should also provide greater financial support to strikers. Likewise, it should provide encrypted communications technology to Iranian workers, thereby enabling them to circumvent the regime’s powerful surveillance state.

The Islamic Republic has sold itself as a champion of the “oppressed,” especially the working class, but it has become their biggest oppressor. Iranian workers cannot win on their own. They deserve the same support from the U.S. and the international community as their counterparts received behind the Iron Curtain in Eastern Europe and Russia.