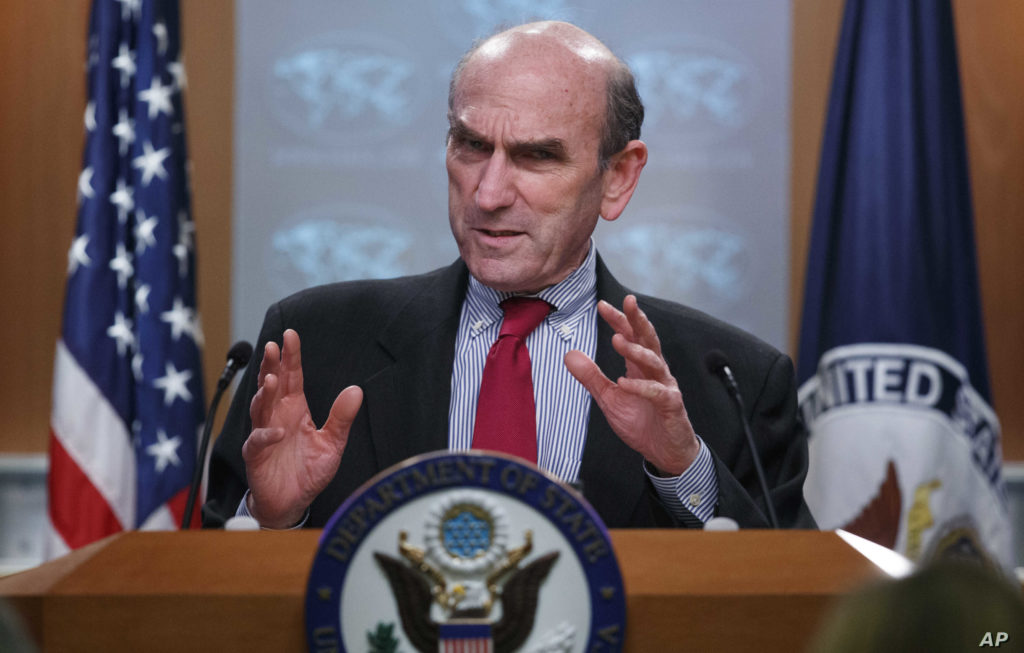 The sanctions reimposed by the United States against Tehran will be effective and regardless of the outcome of the presidential elections in November, officials in Washington will not embrace Iran, the top US diplomat on Iran said Monday.

“I think they [Iranian officials] have a false hope that the United States – should the president [Donald Trump] not be reelected – all of a sudden will embrace Iran, everything will be forgiven, and all the things they’ve been doing will be forgotten,” Special Representative for Venezuela and Iran Elliott Abrams told Al Arabiya in an exclusive interview.

Earlier Monday, Iranian Foreign Minister Mohammad Javad Zarif said that the US would need to pay reparations if it wanted a new nuclear deal with Tehran.

Abrams quickly shot down the potential for that, telling Iran to “try getting that through US Congress – no matter who’s in charge of it [Congress].”

Abrams also hit back at criticism that unilateral sanctions would not be as effective as international sanctions, which would include European allies as well as China and Russia.

“We heard this from lots of government, but it’s actually not the foreign ministers who decide whether to comply with the sanctions. It’s the bankers, businessmen, company executives, and [their lawyers] who look at this and say, ‘Wow, hold on,’” the veteran US diplomat said.

“We think all over the world businessmen, lawyers, bankers are now saying, ‘Okay, now we know what we cannot do anymore.’”

Abrams said there was a “united administration” from Trump and down the hierarchy. “This is our policy. This policy is going to be enforced vigorously … and we are very serious about the reimposition of UN sanctions,” he said.

Any new agreement with the Iranians would need to be comprehensive, Abrams said. “We don’t want a partial agreement that leaves the Iranians free to support terrorism, to interfere with navigation in the Gulf, to dominate Lebanon,” he told Al Arabiya.

The only way for sanctions to be removed, Abrams said, would be for Iran to “behave like a normal country.”

And if not, we are prepared to maintain the maximum pressure until you change your mind.”